The independent makers: wall hangings edition. Following my Top 10 round-up of independent ceramicists, next on the table (well, wall) is a selection of gorgeous woven wall hangings. I’ve really fallen in love with the tactility of wall hangings over the past year – I believe they bring a lovely textile addition to an otherwise smooth wall of prints and photos. Initially eye catching thanks to the variations in colour and shape, the harder you look, the more you notice the unique patterns created by the yarn used. I’d really like to try a weaving workshop this year myself as I’m sure this is exactly the kind of craft which would bring hours of creative contemplation.     END_OF_DOCUMENT_TOKEN_TO_BE_REPLACED

This month has been hard. For many reasons: from the plain irritating (stolen phone, hacked blog, stressful inspections at work) to the more emotionally exhausting. My much looked forward to Staycation was less of the planned ‘Let’s embrace freelance life/yoga/healthy eating’ and more of a ‘Oh, hi anxiety – so pleased you’re here again.’ I was even too anxious to go to yoga – too many people in the class, ahh! So I spent a week on the sofa with Parks & Rec & annoyingly wasn’t able to pull myself out of it once I was back at work either. All blogging & social media went out the media as I battled a serious mental block. I know consistency is key with blogging, absolutely, but I also recognise that looking after yourself is the key to well, everything. Sigh….. However, a long weekend back in Suffolk and some fresh air has just about got me back on my feet and ready to jump into March head-first. And despite all the hard days, there was plenty of enjoyable, inspiring stuff too, such as….    END_OF_DOCUMENT_TOKEN_TO_BE_REPLACED

This year, I’m trying really hard at single tasking, or as I think of it: Just One Thing. One thing at a time. Because, if you’re anything like me, your life can look a bit like this:

…And I haven’t even mentioned the billion things we do with our phones in hand (watching TV, walking down the street, eating, ‘sleeping’…)    END_OF_DOCUMENT_TOKEN_TO_BE_REPLACED

I thought I’d start a monthly round-up of things which have inspired me and/or created a moment of joy in my life over the past month. We do and consumer so much both online and you know, in real life, every four weeks that’s it hard to to keep track & reflect on it all. So this is firstly, a nice way for me to remember what stood out and secondly, hopefully you will discover something new that can inspire your own independent life too! Have a read & then tell me in the comments what’s been bringing you inspiration and enjoyment this first month of 2017.

END_OF_DOCUMENT_TOKEN_TO_BE_REPLACED

When Pantone announced Greenery as its colour of the year, I was less than impressed, especially after the pastel tones of 2016*. Why? Because: confession – green is my second least favourite colour, after brown. (I know – *quite* the revelation!) I never buy any clothes or homewares in this colour, especially not in the insanely acidic bright Greenery seems to be. I do, however, like the concept of the colour being reflective of the outdoors and fresh, new beginnings. There are other shades of green I might be tempted by though: moss, jewel and forest are rich, luxuriant tones. So whilst I initially endeavored to find charming shades of Pantone’s hottest shade for 2017, it just didn’t quite work out that way. Instead, I was drawn to the more natural toned-down versions of green, and was rather happy to connect it with nature and natural products. So here is a small round-up of a few homewares which celebrate green and greenery and can all be found in stores stocking the best independent products.

END_OF_DOCUMENT_TOKEN_TO_BE_REPLACED

Looking for some Instagram illustrators to inspire you and bring some joy to your daily life? Then you’re in the right place. I’ve rounded up 8 of my favourite accounts to follow for colourful, happy-making illustrations, products and behind the scenes photos. Top tip: click the arrow next to the follow  button to see Instagram suggestions. Yes, IG algorithms can be a pain, but this is something they’re actually quite good at.

END_OF_DOCUMENT_TOKEN_TO_BE_REPLACED

The independent makers: ceramics edition. Having written about designer makers for a number of years now, I thought it was about time I start rounding up some of my favourite talented creators across different mediums. Let’s start with ceramics. There’s just something about them which I always find myself drawn to at markets and stores. Perhaps it’s knowing that the process of creating by clay or porcelain is not something that can be rushed – the hands of the makers have been so thoroughly a part of the process that I can’t help but imagine the hours spent slowly perfecting each of these ceramic delights. There’s so much texture in a piece, it’s so tactile, that bold colours are not always necessary to make the work stand out either. Of course, it could just be that the finished creations are beautiful and would look amazing in my home. Below, I’ve rounded up ten of my favourite ceramic designer-makers, all UK based, who might have a little something special to add to your home this year.    END_OF_DOCUMENT_TOKEN_TO_BE_REPLACED

Julia Georgallis runs The Bread Companion, a nomadic micro-bakery which travels about teaching newbie bakers & yeast enthusiasts how to produce their very own loaf. Having first met Julia through The London Artisan, the first thing that struck me (after the freshly baked bread smell, mmmm) was the eye-catching branding her mobile bakery uses. Which makes sense, considering Julia is also a designer. A baker almost by accident, Julia talks about how the worlds of food and design have combined in a way which allow her to live the independent life dream: a bit of travel, a bit of work and a lot of passion. In our interview, she gives some top travel tips, hails the importance of bread and shares a unique take on gathering inspiration.    END_OF_DOCUMENT_TOKEN_TO_BE_REPLACED

Following on from Monday’s post, I thought I’d round up some inspiring yoga prints so if the thought of doing yoga itself is still too much, you can always gaze at one of these in a mindful way & most likely get the same benefits…maybe.

END_OF_DOCUMENT_TOKEN_TO_BE_REPLACED

Look, I know talking about yoga in January is quite the cliche. Judging by the limited space around my mat at classes this past week, I’d guess a lot of people have made yoga part of their new year resolution. Whether searching for stillness in frantic lives; needing to s-t-r-e-t-c-h after months on the sofa, or simply being swept up in the Insta-yoga culture, there is no better time to start than *now* (especially when it’s cold outside & you’d rather be home eating toast). Here’s why:    END_OF_DOCUMENT_TOKEN_TO_BE_REPLACED 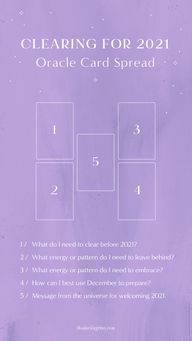 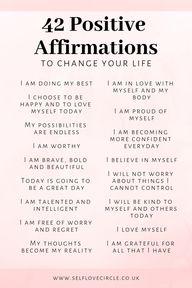 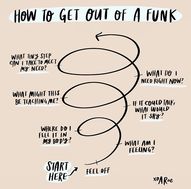