At the start of the year I made a list of creative endeavours I wished to have a go at by the time 2017 rolls around. This list included courses and workshops in origami, knitting, writing, cooking, photography, Italian, sewing, crochet and calligraphy. So, no big stretch there at all… Looking at it, I have managed a Blogging Your Way Photography course, a Freelance Journalism course and ummm, I downloaded DuoLingo. So with what feels like mere weeks of the year left, I eagerly bought a ticket for a ‘Modern Calligraphy for the New & Curious‘ workshop with lettering lovely Alice Gabb and headed over to East London one afternoon to try my hand (literally) at something completely new.

Following a creative degree and a previous incarnation as a Hackney stationery stallholder, Alice has been working as a Modern Calligrapher for the past four years. Whilst not the case now, back in 2012 there were no calligraphy workshops teaching you how to do Modern Calligraphy anywhere outside of the States, which spurred Alice on to create the workshops she runs today. Now working from a Dalston studio on bespoke commissions, Alice runs regular classes to teach the ‘New & the Curious’ (ie. me) how to use a nib and ink to create the beautiful lettering which decorates Pinterest and many a gorgeous wedding invitation.

Arriving upstairs in Hatch, Homerton with a delicious chocolate brownie and mocha, I took a seat in front of a hand-lettered ‘Verity’ name-card, immediately giving rise to a sense of excitement about one day, maybe, being able to create something similar myself. A perfectly sized class at ten people, I was not the only lady to arrive alone. For someone with introvert tendencies (and by tendencies, I actually mean 100% of the time), it was the perfect workshop as you can have a little conversation but the need to concentrate is necessary so sitting in silence is completely a-okay.

Alice introduced herself and filled us in on a bit about the two types of calligraphy: traditional Copperplate style and the flowing, individualised Modern Calligraphy we would be learning that day. Emphasising the importance of looking after the nib (clean a new one with toothpaste to remove residual coating, always clean it when you want a rest) & that practice makes perfect, we were shortly able to dive into it ourselves.

We started with drawing straight lines in order to get the hang of holding the penholder correctly. So much harder than I thought as you naturally want to slant the pen in the same way you usually handwrite. But that is all wrong! I needed to be helped with this a few times but I think (?) I got there in the end. We practised differing the pressure on the nib in order to make thin and thick lines: thin lines up; thick lines down. From straight lines we moved onto U shapes and a few flourishes, before we all started on trying out some actual letters. Copying from Alice’s exquisite lettering guide, I was feeling fairly confident by the time I tried writing out the alphabet. We had been told that for today only we had to write exactly like her in order to get the gist of it, but after that, we could of course experiment with our own style at home. I will admit to a few silent minutes of frustration over certain letters which are just plain tricky (capital D; lower-case r: evil) but I was honestly so engrossed in the process that a few less than perfect letters didn’t impact on my enjoyment in the slightest (and nor should it have done). I was, however, trying so hard that I noticed my tongue was stuck out in concentration! On our little table, we commented on the mindfulness of the activity – I really can see how you lose yourself in it and switch off your busy mind for a while. It’s also immediately gratifying as you can see the finished result as soon as you finish a letter.

Alice was on hand the whole time ready to move a wrist to encourage correct pen-holding technique, and giving encouraging words and little suggestions throughout. Two hours flew by and we finished up after many of us had tried being a little more ‘free-style’, trying out our friends and family’s names in this new beautiful art.

I always knew I’d have been happy that I finally gave something new a go, but I was really surprised by how much I enjoyed learning calligraphy. It’s the perfect craft for me as I like working slowly and quietly and have always enjoyed playing around with my handwriting (hearts dotted above the ‘i’ as as an 11 year old included!). I even have a couple of calligraphy books already from when I was younger and had requested a special Parker fountain pen set to practice with. I think this is one hobby which might stick…

I can’t recommend the workshop highly enough for anyone who loves writing, gets inspired by beautiful Instagram & Pinterest quotes and wants to try it out for them themselves. Plus, once you have the basic materials, you’re all set to go.

Have you tried Modern Calligraphy yet? Or are you tempted to try?

What? Modern Calligraphy for the New & Curious

Where & When? Upcoming workshops:

Cost? £40 for two hours incl. nib, ink, practice sheets, lettering guide & additional information on how to set up your nib.

Profile picture c/o India Hobson. All other images my own (you can see that I still need to work on my photography course skills…) 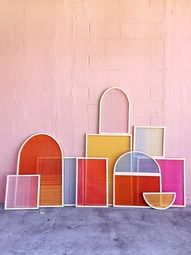 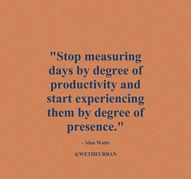 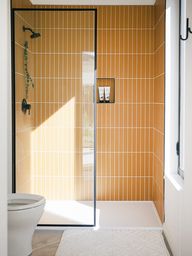 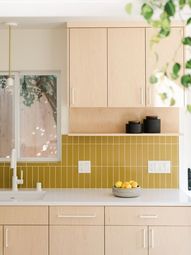