This month has been hard. For many reasons: from the plain irritating (stolen phone, hacked blog, stressful inspections at work) to the more emotionally exhausting. My much looked forward to Staycation was less of the planned ‘Let’s embrace freelance life/yoga/healthy eating’ and more of a ‘Oh, hi anxiety – so pleased you’re here again.’ I was even too anxious to go to yoga – too many people in the class, ahh! So I spent a week on the sofa with Parks & Rec & annoyingly wasn’t able to pull myself out of it once I was back at work either. All blogging & social media went out the media as I battled a serious mental block. I know consistency is key with blogging, absolutely, but I also recognise that looking after yourself is the key to well, everything. Sigh….. However, a long weekend back in Suffolk and some fresh air has just about got me back on my feet and ready to jump into March head-first. And despite all the hard days, there was plenty of enjoyable, inspiring stuff too, such as….

Creative Londoners Talk | I started the month off right with an evening of inspiring creative talks. Hosted by freelance writer/creative Sian Meades in an Angel pub backroom, 3 talented ladies who are making it big on the tinterweb took the time to stand up and share their creative lives. Kate Young talked about the book she has coming out soon which shares recipes from favourite story books. Her website is divine, click over for delights such as Paddington Bear’s marmalade. Also speaking was Frankie Tortora of Doing It For The Kids. A really interesting talk about the ups and downs of freelancing as a parent (though amazingly Frankie was the only Creative Londoner there who was a mother.) Finally, the lovely Emma Jane Palin spoke about the colourful world of design she shares on her blog and Instagram. I was a bit poor at the networking part of the evening as it was jut so lovely to catch up with Emma, Natasha and meet Rosh too. However, next time, I will do *all* the networking.

My friends | My group of ‘girls’ (if you can say that at age 35) have been my best friends since school. We all met at different times but formed a really close friendship group from the age of 16, making next year 20 years of friendship. I know not everyone is lucky enough to have friends they’ve known so long and I try really hard not to take it for granted. But it can be difficult when our lives are all in different places at the moment – I can’t imagine being a mum or being married, nor can I imagine being a successful career woman! For the first time in about 3 years we managed a partner and child-free weekend together at the Tower of London (my friend’s dad lives there. It’s amazing) and it was wonderful. Not at all like the old days (owing to none of us drinking, a distinct lack of dancing & in bed by half ten!) but so much support for one another as we each go though own own difficult times. All the food and a lovely walk along the Thames Path, we finished the weekend vowing not to bottle things up when times are tough and always share the lows as well as the highs with each other.

Chasing Slow | I’m still reading this beautiful book but am already planning to read it straight through immediately after (!) First read’s for the general storyline and the second read will be with pencil and highlighter to help the most thought-provoking parts sink in. So far, what’s really stood out – aside from Erin’s wonderfully soothing style of writing – is the idea of a closet clearout. I wear so very little of what’s in my wardrobe anyway, I might as well make it full of pieces I love.

La La Land | Did you know you can get £6 cinema tickets every Monday at the Barbican? As soon as I discovered this, I booked up & took myself along one afternoon. It was a real treat watching such an uplifting film in a iconic London location. And oh, how I loved Mia/Emma Stone’s colourful dresses. Do you go to the cinema on your own ever? It’s such a nice thing to do – it feels as though you’re doing something slightly sneaky and decadent.

Design Museum | This was second time lucky for me, owing to my first visit in December being through a haze of hangover (I rarely drink, so it’s a killer when I do). I met my sister there for a few hours & we had a good wonder around the free exhibitions. It’s such a beautifully designed building (of course) and the permanent exhibition ‘Designer Maker User’. for which I have the accompanying book, was really interesting. As a design writer with no formal background in the field, I’m thrilled to have somewhere which educates enthusiasts like me on a my doorstep – and for free.

Kew Gardens | When making plans to visit with my best friend and her son, I’d planned to dig my camera out and really take advantage of my first ever visit to the gardens. However, with my stolen phone, my friend’s sellotape-lens phone and a camera that was acting up, I took no photos. None. Whilst I had planned a blog post full of beautiful pictures of orchids and palm trees, instead I simply enjoyed not having to worry about the technicalities of using my camera and could fully be present with my friend. We’re already planning a springtime visit back – this time hopefully there won’t be any snow!

How was your February? What did you find to inspire and enjoy in this short, cold month? 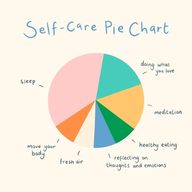 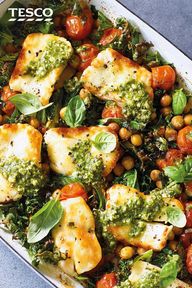 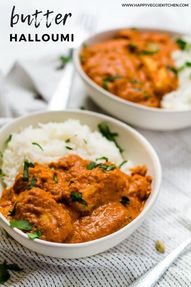 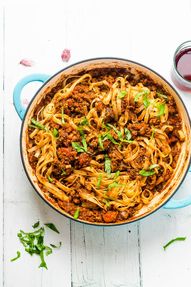